Domen Lo, young slovenian digital creator and artist, produces most of his artworks in only two dimensions. Putting aside some exceptions his computer screen represents his canvas and his tablet represents his brush. Not focusing on the used media Domen stays loyal to his expression ... the surrealistic motives often shock the viewer with their rawness and directness and emerge a wish to further explore the work and its message.

His style can most easily be defined as grotesque, hyperrealistic or surrealistic - his process consists of painting in a virtual space, allowing him to have complete control of the paint and the ability to mix different classic media that would otherwise not be able to coexist together.

The work plays with the idea of alternate reality, where connecting objects form a playful new visual symmetry, trying to connect to ideas of humans connecting to technology connecting to nature.

Domen is currently working on his PhD in Art & Design Theory. 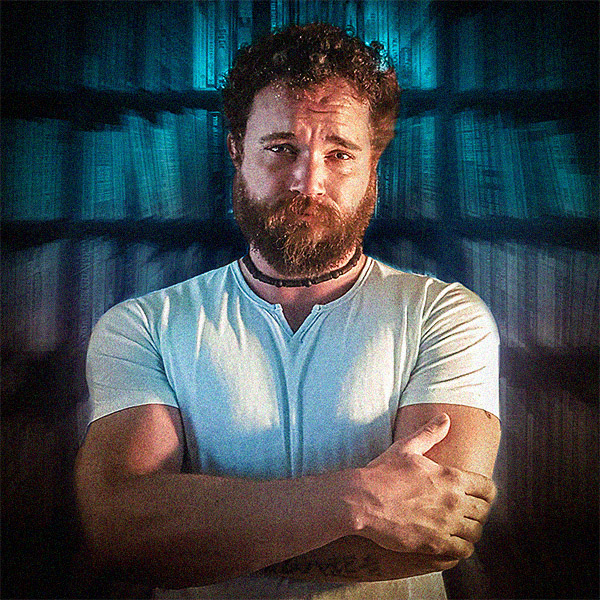 I am in love with my viewers… I bare my darkest fears and hopes to them, and they come with me on the journey of my everyday life. They live inside my dreams and travel the circuitry of my brain. You know me better than my brothers do … you are me.

What is the point of art, if not to create a world better than reality? And what is the point of looking at art, if not to be forever changed by the experience. This is my view of surreal art. I love to put dreams on a computer screen, I love to give irrationality pride of place. I like to push your buttons. I want you to see the beauty and the fragility of things, which is sometimes only obvious when you see it completely out of context. I love to have no limits.

Have you ever had a thought?! And then another thought … and then joined the two together, and then wondered what would happen if you added another ingredient, and then used that as a segway to something completely mundane? Look at your thoughts sometime, remember them and then see the total ridiculousness of some trains of them. I like to remember these trains, put them all together in a balanced and beautifully colored form, and click them through my mouse finger into your eyes.

I work with the unlimited possibilities of the computer, and also with the traditional mediums of paper, pencils, paints and canvas. In all of my surreal and fantasy artworks, you will see a balance and a lateral, not literal, visual symmetry. There are so many bright and beautiful artworks, and so many dark and desperate artworks. Which is closer to reality?